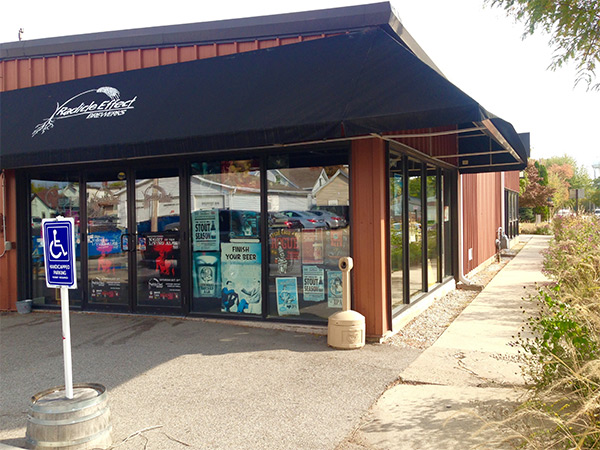 Our objective is to provide quality ales and lagers to people who differentiate their palette from the common beers of the past and seek to enjoy a great handcrafted pint of beer in a relaxed and friendly environment. The quest for great tasting ales and lagers is not limited by age. People of all ages (over legal age) have shown interest towards craft beer, shown by the huge growth of the craft beer industry. Radicle Effect Brewerks is just the establishment to provide what the consumer wants, an escape from the same old stale beer that our fathers and grandfathers drank and replacing them with high quality hand crafted beer.

Nano Brewery:
Is type of very small brewery operation, often culturally defined by brewing less than 3 US beer barrels at a time. Nano’s are not a new concept but have now just started to make a mark in the brewing industry for the relative inexpensive start up cost and ability to rotate thru new and inventive product more quickley.

Brewpub:
A restaurant-brewery that sells 25% or more of its hand crafted beers on site. The beer is brewed primarily for sale in the restaurant/bar. The beer is often poured directly at the brewery. Where allowed by law, brewpubs often sell beer “to go” and /or distribute(not to exceed 1,612 barrels/year) to off site accounts.

Micro-brewery:
A brewery that produces less than 15,000 barrels of beer per year with 75% or more of its beer sold off-site. Microbreweries vend to the public by one or more methods: the traditional three-tier system (brewer to wholesaler to retailer to consumer); the two-tier system (brewer to retailer to consumer); and, directly to the consumer through carryouts and/or on-site tap-room or restaurant sales.

Radicle Effect Brewerks is a Quad City based business with a focus on great small batch beers. Customers from Iowa and Illinois find us to be a great place to hang out with friends and meet some new ones.